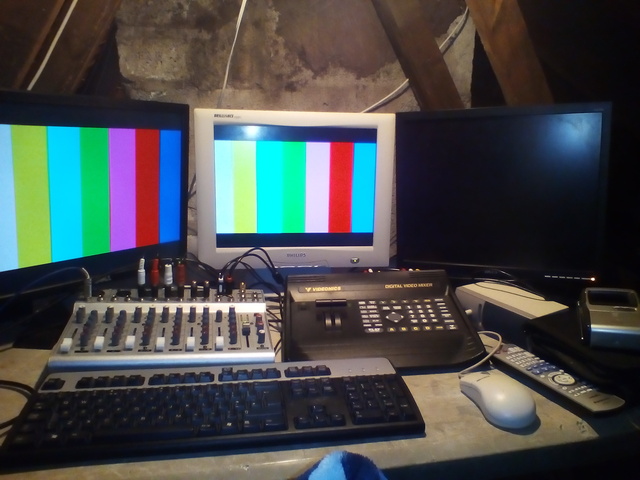 This is my home-built TV studio.

As you've probably guessed, it's only capable of standard-def video, but with a 4 channel video mixer, 10 channel audio mixer, various monitors and switches, DVD players and Raspberry Pis, it's able to cope with all my current needs (wasting time). Almost everything in here was bought cheaply from Ebay and fixed/modified. Nearly everything else was built by me, so only a fraction of the equipment was brand new in my possession. 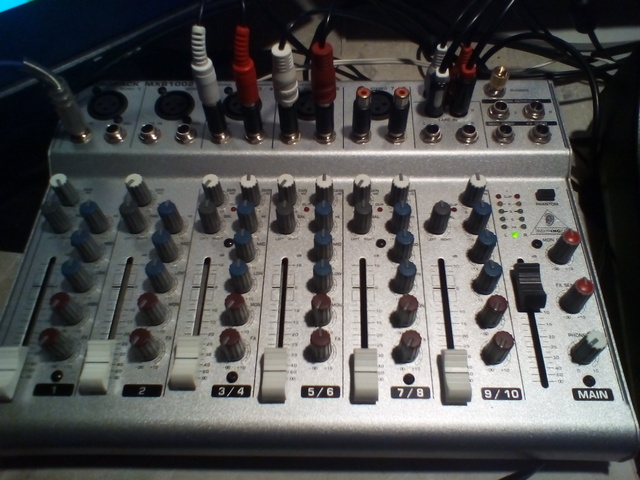 This Behringer Eurorack MXB1002 was purchased for a brilliantly low price from Ebay as it had some bizzare power issues. It could run off batteries ok, but required one (of three) battery to be installed even while running off wall power or "it powers up but the gain lights stay illuminated in red and it won't accept a signal". It turns out that an internal -15v regulator had quit, a really easy and cheap repair that resulted in a fully working 10 channel mixer for a fraction of the normal price! 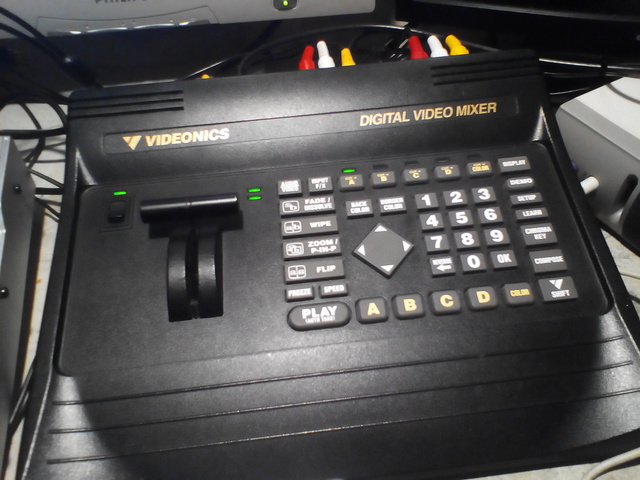 The Videonics MX-1 is seen as inferior to the Edirol V-4 but it's OK for my uses. Again, it was bought for a fairly low price from Ebay, but had no power supply. A genuine one costs something like £20, but I found a generic 12v AC power supply for around £10 and it works fine. 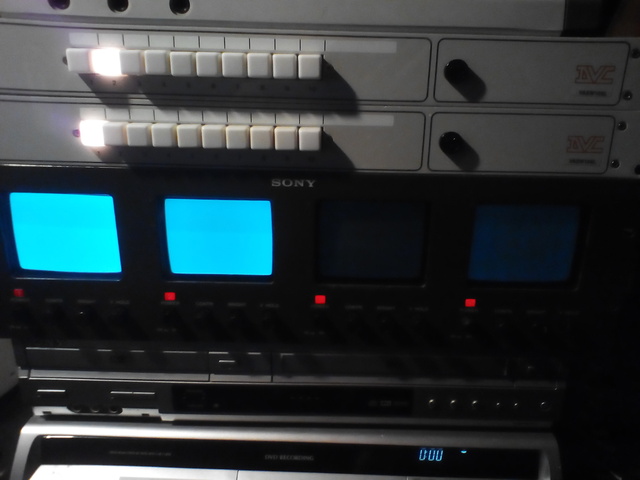 The two top video switches are DVC 10 Channels AV switches. I got 4 of these for £10! (not including postage).

The 4 channel video monitor is a Sony PVM-411CE which I got for 99p. It's only B&ampW but it works fine for checking whether inputs are active.

Also in this pile are 2 DVD players used for playout. One's a Panasonic and the other a Sony. I can't remeber anything else about them really. 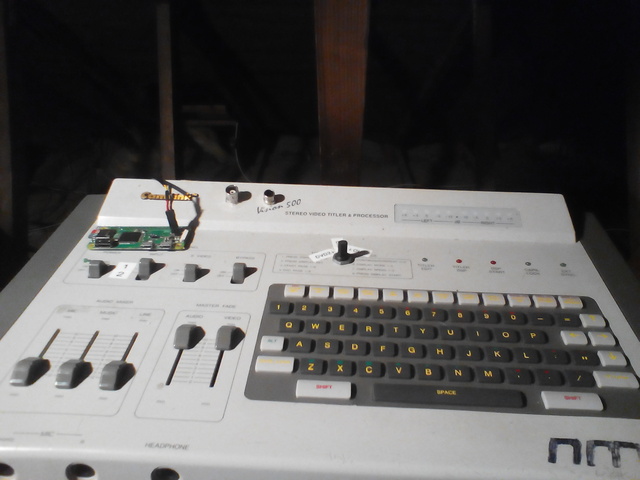 The Camlink Vision 500 was originally used to provide basic text overlays, but it's become unreliable and even messes up the video signal, so it's really only used to output an Ident/testcard to check studio output in the CCA or when there are technical difficulties and I just want something up quickly

The Raspberry Pi Zero W generates titles and captions which are keyed using the Videonics. It is web controlled via a browser and so can be controlled from a phone or tablet if required. It also plays out short idents but has no sound output capability (yet). 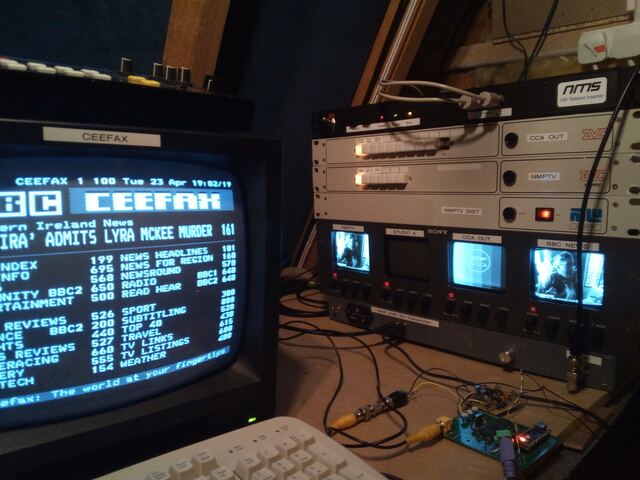 Where all the noisy (both accoustically and electrically) equipment lives, all the main cables are terminated and this website is served from.

UPDATE Nov 2019: A lot of stuff has changed in the CCA, so a lot of this information isn't accurate any more.

Takes a composite video and audio input and outputs a UHF analogue TV signal for distribution throughout the house. Home built, has over 15000 hours (just under 2 years continuously) on it's hour counter. Fairly reliable, uses cheap Ebay RF amplifiers and a Maplin Modulator.

Switches the teletext inserter's (and therefore the TV transmitter's) video input between a Freeview box which plays out the BBC News, the studio and a test pattern generator.

Adds a teletext datastream to the video input before it goes into the TV transmitter. Also adds Wide Screen Signalling line. Uses a Raspberry Pi and VBIT-Pi. The actual teletext data is generated elsewhere, but this is where it gets added to the video stream. Fairly reliable, but always stops working when you put the lid on. So the lid stays off. I mean to investigate and hopfully fix whatever the problem is, but since it goes away with the lid off I never bother.

Adds 'NMS' to the top of the video. Also acts as a buffer between the TV transmitter and teletext inserter as weird stuff happens when they are connected directly. Slider can fade in and out the text, so I can set it to 50% to give a bit of transparancy.

(Not In Image) Networking Equipment

The subject of another article.